Pandemics, Fires and then… FLOODS

Pandemics, Fires and then… FLOODS

I am immensely grateful to the Operators from the cities of Merritt and Kelowna for giving me a first-hand account of their experience in dealing with the aftermath of the floods that had a severe impact on the city of Merritt. This is their story. They are the heroes. 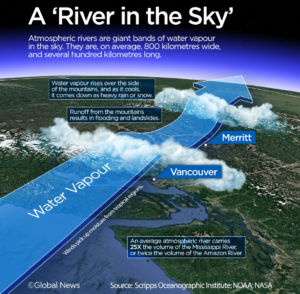 When the atmospheric river hit the BC coast on the 14th of November 2021, the Coldwater River rose to unprecedented levels, breached its banks ahead of the designed spillway, and flooded the city of Merritt. Normally, the river flows are around 25 m³/s flood levels but in this case, they peaked at 750 m³/s. The level of the river normally is around 1.197 m but this time, at peak were 3.473 m – the water levels went up 2.276 m! This resulted in Merritt losing all its infrastructure for water and sewer systems, overloading of the wastewater treatment facility and losing all infiltration basins, with raw wastewater running into river. In addition, there was a major break in the water distribution system resulting in the loss of all water from one reservoir. Fortunately, the other two reservoirs were isolated before they lost any water. As if that wasn’t bad enough, the flood water also flooded Merritt’s two pumphouses – Voght pumphouse and GE pumphouse. 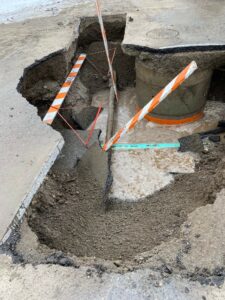 It was all hands-on deck with Merritt’s own 21 workers as well as staff from:

How was the assistance deployed? 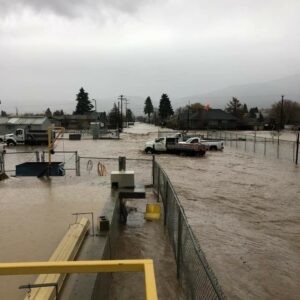 The selection was primarily due to staff member’s expertise with water and wastewater – but this was the first time they were deployed to deal with this type of emergency. Despite not knowing what challenges they were going to face, they had a great deal of industry experience and volunteered for these roles.

The Merritt crew knew its systems the best and was tasked to protect and keep all major infrastructure running, which included: 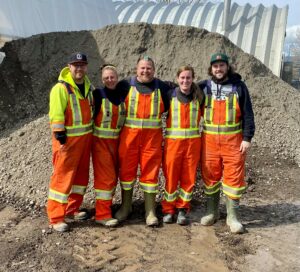 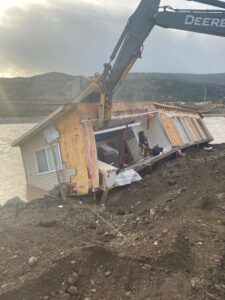 Working together, the Kelowna and Kamloops wastewater treatment crew worked on cleaning and putting the treatment plant operational again

Equipment and supplies were brought in

The city of Merritt had to repair a manhole on Coldwater Avenue that created a large sinkhole that collapsed near a 4” gas main. Also needing repair was a 14” sewer main on Coldwater filled with rock and silt and had a 100% blockage.

Some lessons were learned… 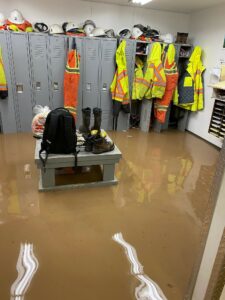 It became apparent that having accurate and updated maps and GIS systems are essential.

Crews had a difficult time finding where valves and main line where located.  Over the years there wasn’t much updating of maps and valves, and even mains were moved and no records were kept.

Some valves had been forgotten and were now under asphalt. This is essential for the local crew, and even more important for those without knowledge of the system.

Several valves did not shut off completely, and hydrants needed to be used to isolate zones

What could be done better? 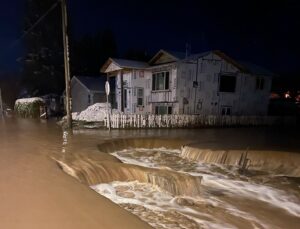 Is there a Role for the EOCP?

In addition to the pandemic, 2021 brought the wrath of fires and floods and tested the mettle of our Operators.  With these weather events becoming more frequent and more extreme, it is apparent that we need to be better prepared.  In my role as a Founding Director of Operators Without Borders and overseeing establishment of the OWB Volunteer Database, and also having undergone Incident Command System training, I know we can do more to be better prepared.  Stay tuned for more updates on this.